Samsung Galaxy M31 is a new addition to the Galaxy M series with 64MP quad rear cameras and a 6,000 mAh battery. Here are all you need to know about it.

According to a microsite created by Samsung, the brand will release a new Galaxy M-series smartphone in India on 25 February. The new phone, dubbed Samsung Galaxy M31, will succeed the Galaxy M30 launched last year. The photo on the microsite shows that the handset will carry a quad-camera setup at the back, which is tipped to include a 64MP main sensor. In addition, it will also have the same gradient finish that has been seen on the Galaxy M smartphones last year. In addition, Amazon India also teased that the handset would be available for sale via the e-commerce giant.

The microsite also reveals that the Samsung Galaxy M31 launch in India will start from 12 p.m IST on 25 February. However, we are not sure whether the event will be hosted at a place or Samsung will just livestream it online.

Aside from showing us the launch date, the Samsung Galaxy M31 microsite reveals several key specs of the upcoming phone. The handset will sport a Super AMOLED panel that supports FHD+ resolution and features the Infinity-U design. The photo on the site also shows quad cameras at the back of the phone with a line ‘64 mega pixels’, clearly indicating that the setup will consist of a 64MP sensor. You can also see half of the rear-mounted fingerprint sensor on the photo.

Another highlight of the phone is its monstrous battery. Not stopping at 5,000 mAh, Samsung now increases the battery capacity on the Galaxy M31 by 1,000 mAh over the M30. With a 6,000mAh battery, you wouldn’t have to worry that the phone will run out of battery within one day.

Aside from the specs teased by the microsite, we also speculate that the handset could run Exynos 9611 chipset, aided by up to 6GB RAM. It could be available in either 4GB of RAM + 64GB storage model or 6GB of RAM + 128GB of storage model. In addition, it should be pre-installed with Android 10-based One UI 2.0 out of the box.

Given the revealed specifications, the Samsung Galaxy M31 could be an affordable device to take on the likes of Realme 5 Pro and Redmi Note 8 Pro.

After a handful of leaks and rumors, Samsung has officially announced the Galaxy M31, the successor to the Galaxy M30s launched last fall. The Samsung Galaxy M31 will be the next mid-range smartphone in the M-series with a 64MP quad rear camera setup, 6.4-inch Super AMOLED Infinity-U display, and a whopping 6,000 mAh battery with 15W fast charging standard. 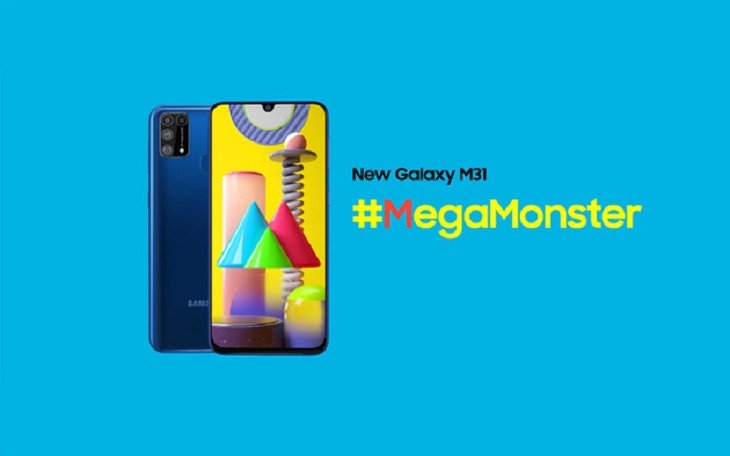 Like its predecessor, the Samsung Galaxy M31 will still be equipped with a 6.4-inch screen, using a Super AMOLED panel with Infinity-U design and Full HD + resolution. The overall design of the device will still not be much different from the M30s when both are made from plastic with glass on the front. The fingerprint reader is still placed at the back of the phone. 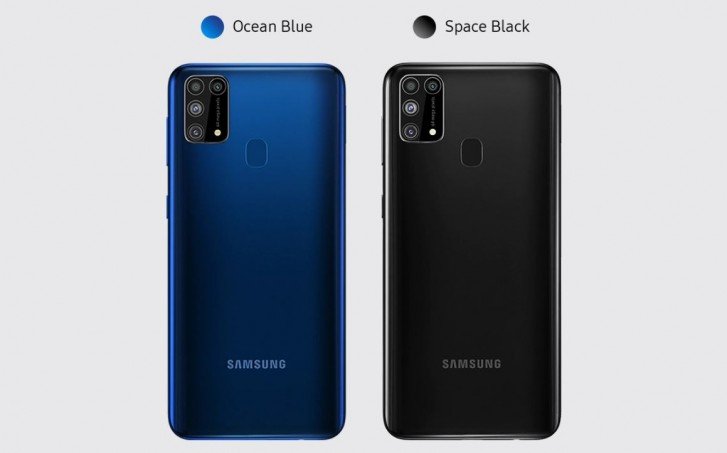 The highlight of the Galaxy M31 probably comes from the 64MP camera and the massive 6,000mAh battery. Traditionally Samsung has upgraded the camera and battery life for the successor, so it is not difficult to understand when the Galaxy M31 is equipped with a 64MP main camera. Its quad-camera setup include: a 64MP f / 1.8 wide-angle camera, an 8MP ultra-wide-angle f / 2.2 camera, a 5MP f / 2.4 macro camera and a 5MP f / 2.2 depth camera. It also has a 32MP f / 2.2 selfie camera on the front. This camera spec of the Galaxy M31 is almost similar to the Galaxy A71 which was launched at the end of last year.

In terms of hardware configuration, Samsung keeps the Exynos 9611 chipset of the Galaxy M30s on the new device, paired with 6GB RAM and 64 / 128GB storage, with support for a microSD card. It runs on Android 10 with One UI 2.0 interface on top (however, it will be cut out some features such as the ability to record screen).

The Galaxy M31 is equipped with the same 6,000mAh battery as its predecessor. With such a high-capacity battery, users can comfortably get 2-3 days of use with basic tasks in a single charge. It also comes with 15W fast charging technology that helps shorten charging time.